During one of the episodes from “The Web is The Platform” podcast (in Spanish), there was a question about how much javascript frameworks and libraries developers are involved in Web related standards development? And I immediately thought that it could be answered with cauldron.io. Let’s try …

My recommendation for this type of questions is to start with simple things, easy to measure to see if we could get a significant answer. For example:

From the question is clear that we must gather data from angular, react, vue, HTML standard, and ECMAScript specification repositories.

In cauldron.io, add a new project, give it a name, and start adding GitHub repositories as data sources:

Third step: Play with the data

Once the data is gathered, cauldron.io provides some basic charts for the aggregated data source repositories. Of course, you can publicly share them and use them as initial basic information. Cauldron team is working on ideas to provide meaningful metrics in these tabs. If you have any idea or request, feel free to comment it in the Cauldron Community feedback section.

But the question we have is not answered by these metrics and charts. How could I get the answer I am looking for?

Easy! In the top of the page there is a Data Workspace button that gives you to a dedicated Kibana instance based on Open Distro open source project.

With it, you have access to the data processed by GrimoireLab, the core analytics tool in cauldron.io, to produce the metrics you’ve seen in the general overview. You can read Kibana documentation created by Elastic to learn more about available visualizations and how to use them. Let’s create a metrics visualization for the authors that have written code in such repositories:

Ok, we already have an approximation of the number of people that has written code for the repositories we are analyzing. Now, to answer our question we need to filter the data. For example:

That’s it, you’ve got your answer. Right? The answer is no, that’s not the right way to get the answer!

Understanding the data you are playing with

We are using the git index that contains information about all the commits in the selected repositories. You can see how it looks like in the Discover option from the the side bar menu, and if you select git index.

Basically, it contains a set of items with several fields that includes "repo_name" as one of them. In the previous visualization, what we have done is:

This is a usual misunderstanding of how Kibana works. For me, it was logical to think that I was listing or counting the unique "author_uuid" values, so filtering the list of "author_uuid" by 2 different "repo_name" was obvious to get only the list or number of "author_uuid" in both repositories. The matter is that filters are applied to the items in the index, not the things I am visualizing.

How could I get the answer ?

There might be better ways, but I’ve followed these steps:

First, I’ve created a table visualization that list "author_uuid" and the number of repositories they have commited code to.

I have saved it as "authors_list". Then, I have created a similar visualization to get the list of repositories.

I have saved it as "repos_list".

After that, I have gone to “Dashboard” option in the side bar menu, and selected to create a new dashboard. I’ve added both visualizations to it:

And now, we can start to play!

It seems there is one single “author” that has contributed to 4 different repositories during the last 10 years. If we click on it, then the list of repositories gets filtered, and voilà! She has committed to react (3 commits), angular, ecma262, and html (1 commit to each one):

Disclaimer and next actions

If you find any glitch in the data, or the way it has been produced, feel free to comment to help me to improve it.

If you find this interesting and you would like to perform your own analysis, give cauldron.io a try to answer your own questions. If you have any feedback and comments, please, let us know about them in Cauldron community.

And of course, cauldron.io is 100% free, open source software, so feel free to submit any issue and request to the project! It’s built on Django, GrimoireLab, Open Distro for Elasticsearch, and Bokeh as significant dependencies. 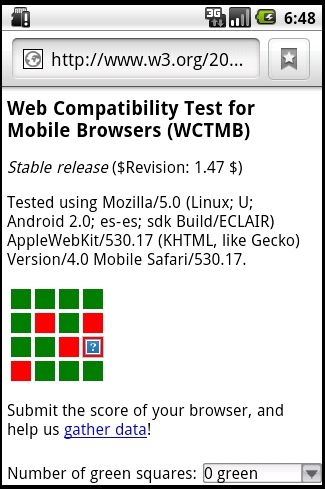